This is Scientific American's 60-second Science, I'm Adam Levy.
Water molecules can arrange themselves to form much larger structures. Take intricate snowflakes, which form all by themselves in the right conditions. Well, now researchers have created some delicate water structures of their own, in the form of microscopic ice mazes, with a little help from light.
The team took some sugar water, and kept it at a temperature where ice crystals and water can happily coexist. They then exposed the H2O to infrared light at a particular frequency that is absorbed much more easily by the ice crystals than it is by the water.
"We thought that something interesting would happen when you illuminate ice which absorb more than water. Because once the ice is melting, then it becomes liquid water and then it absorbs less, so you have kind of a negative feedback situation. And we did not know what will happen with this."
Physicist Ido Braslavsky from the Hebrew University in Jerusalem, Israel. The heating caused by the light melted tiny holes into the crystals. These holes sometimes joined up to form channels, and the researchers watched as a labyrinth-like pattern gradually formed over the course of an hour. 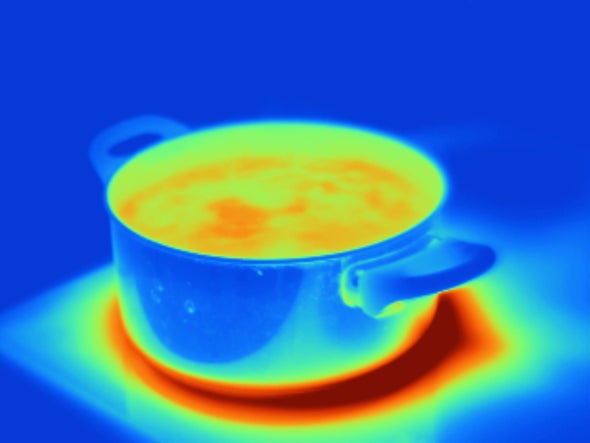 "At some point we suddenly saw a whole spectrum of patterns that appear. There were holes that opened and closed, there were channels that were appearing. And all together we realized that we had found a new phenomenon that was not observed before." The researchers have published their findings in the journal Science Advances.
And cool as all this may sound, there may also be some icy applications for this technique. Defrosting may make you think of microwave ovens, but heating ice with microwaves has some drawbacks. "The microwave actually warms the water but not the ice. So here we have a system in which we warm the ice even more than we warm the water."
And because the shorter wavelength infrared light warms the ice more than the water, the technique could come in handy for carefully unfreezing delicate biological samples that have been kept on ice. Which would be a good thing to see. And to have thaw.
Thanks for listening for Scientific American — 60-Second Science. I'm Adam Levy.